An introduction to the brain

A quick overview of the brain

Penfield's Homunculus shows a strong mapping from brain regions to the body, however sensory motor actions utilise many other regions of the brain, for example the cerebellum is clearly involved although it is still not clear how. 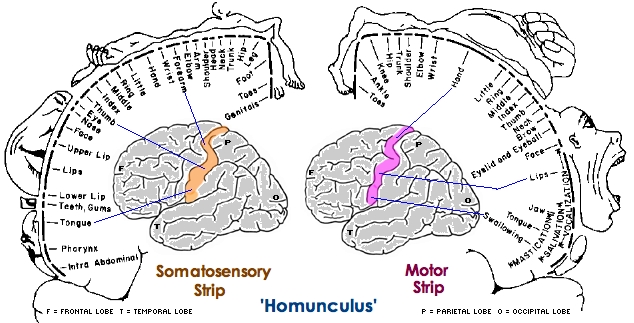 Retinal data, primarily from the fovea, travels down the optic nerve, through the optic chiasm to the Lateral geniculate nucleus. LGN transmits the information on to the primary visual area V1, and gets feedback from the visual cortex,

V2 and V2 seem to do an initial process of the visual data and then trasmit information on in two streams.

V1 V2 V3 V7 (this stream is heading to sensory motor areas of the brain).